It was a pile of trash already, but it’s even getting worse since Yasser Rizk became the CEO of Al-Akbar, Egypt’s second largest state-owned newspaper. 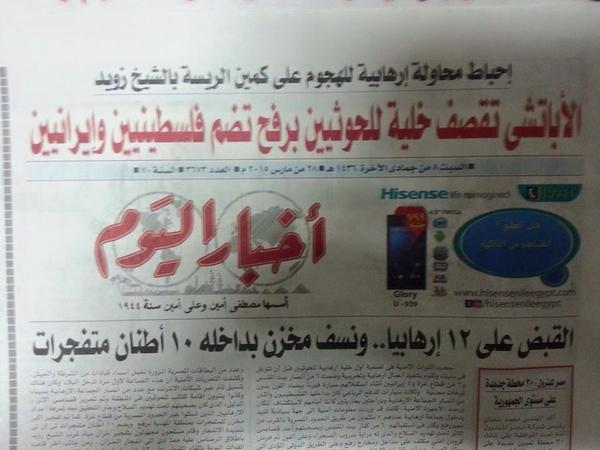 Just to give you a sample, above is Al-Akhbar’s front page on 28 March, breaking the news about the Egyptian army’s heroic efforts to “abort a terror strike” on a security check point in Sinai’s Sheikh Zuweid’s area, as the “Apaches bomb a Houthi cell in Rafah that includes Palestinians and Iranians!” 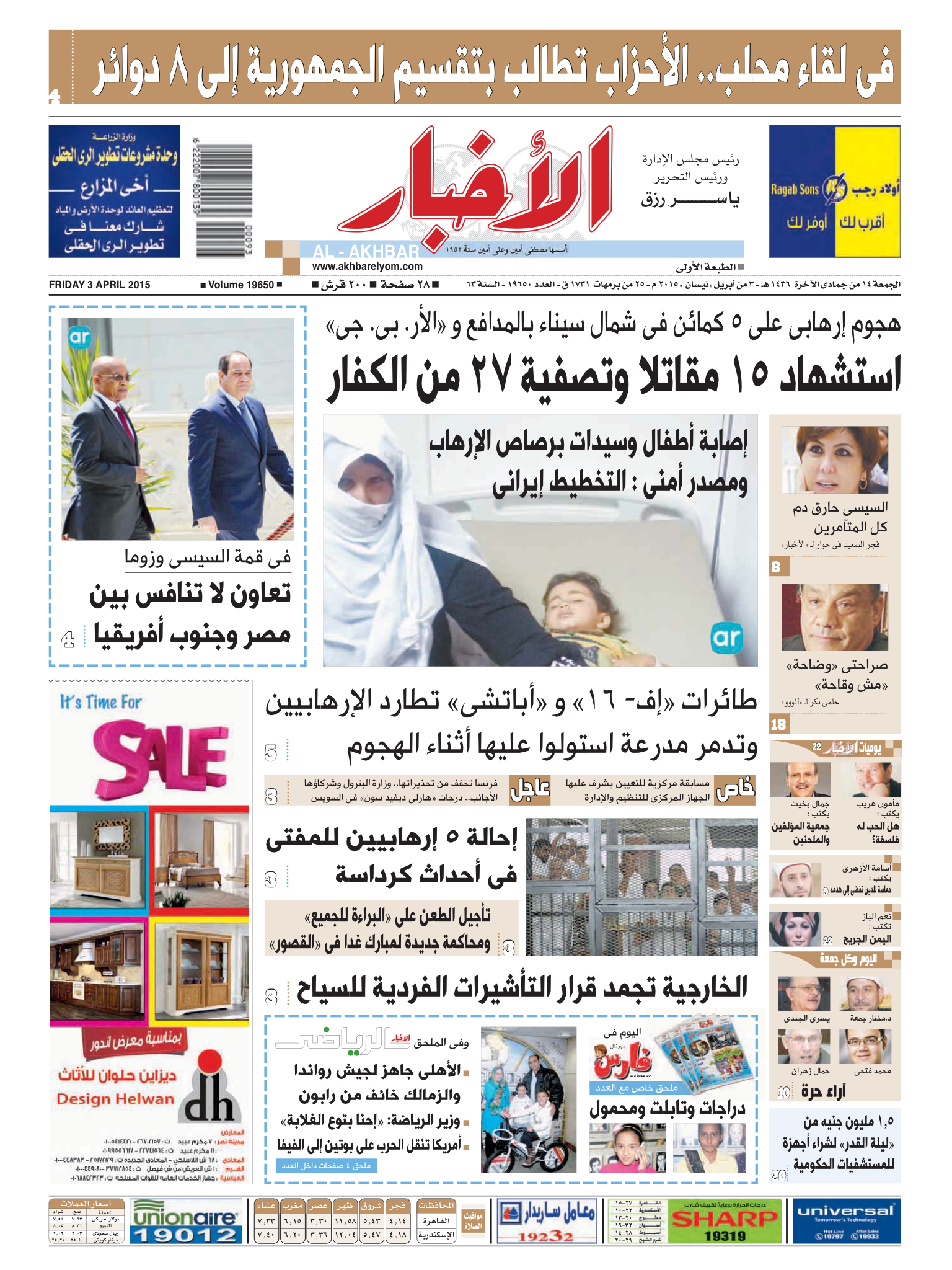 And today’s front page runs a headline announcing the “martyrdom of 15 [Egyptian army] fighters and the liquidation of 27 infidels!”