Around 100 independent trade unionists today held a protest in front of the headquarters of the state-backed Egyptian Federation of Trade Unions, denouncing its corrupt president Hussein Megawer, an NDP businessman close to the Mubarak’s clique. The protesters tried to enter the lobby of the building peacefully, only to be met with glass bottles, rocks, sticks and fire extinguishers from the EFTU thugs.

The military police arrived in the scene following half an hour of the ongoing clashes, and took away one of the EFTU thugs. 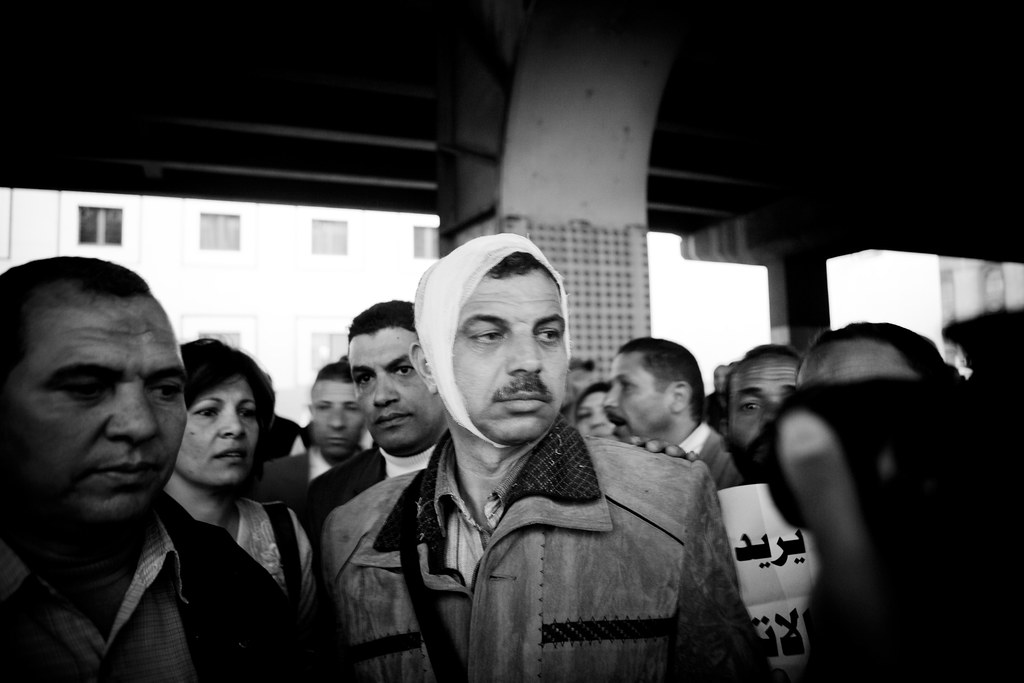