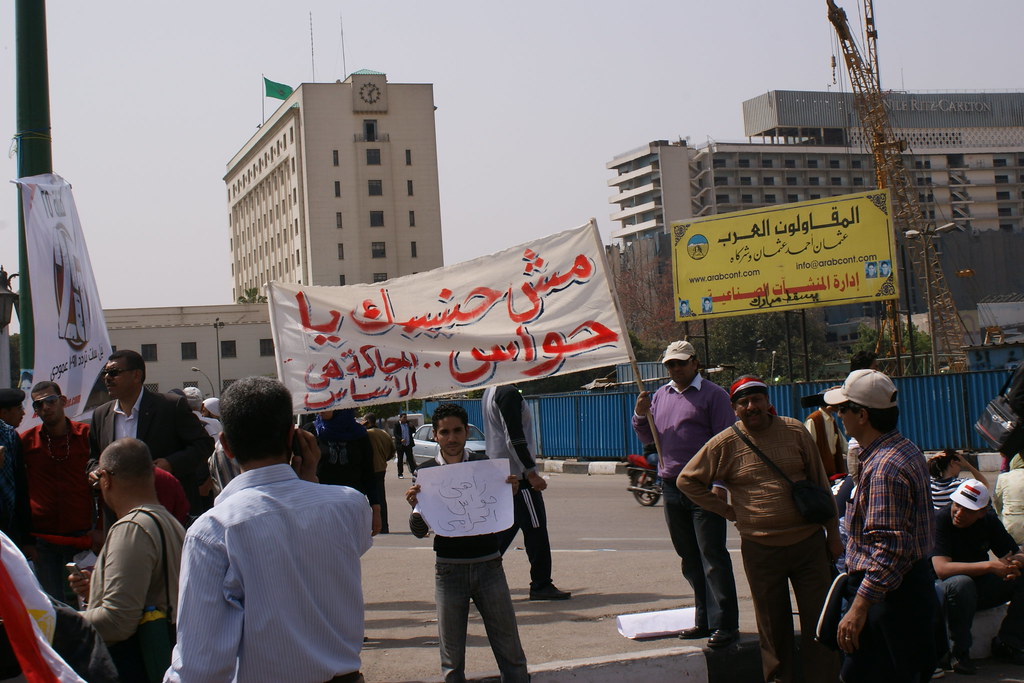 Tomorrow Sunday at 10am, archeologists will be demonstrating in downtown Cairo calling for impeaching Minister Zahi Hawass, the Mubarak of the Archeology field in Egypt.

Zahi Hawass has been Head of the Supreme Council of Antiquities (recently Minister) for 10 years. It is time for change. Claiming that no one else except him is capable of being in charge of Egyptian Antiquities, is a complete fallacy – and if people believe it, this would only reflect badly on him, and how through his 10 years as SCA head, he has made it impossible for anyone else except himself to become visible or be appreciated in any way.

Zahi claims that no one cares about Egyptian Antiquities as much as he does – but he only does this to be able to monopolize on Egypt’s heritage and claim it as his own. He gives himself the right for sole access to many closed sites and museums and uses this as a way to promote and showcase himself on various TV shows and documentaries. He gets paid a lot of money for these appearances, from the likes of National Geographic…etc. How much of this money is funneled back into the SCA? Having monopolized on Egypt’s antiquities in this way, it is only right that a large portion of this money is returned to the Egyptian people – this I assure you does not happen.

Zahi claims to have promoted Egyptians in the field of Egyptology and made them more respected by their foreign counterparts. Again this is not entirely true. Yes, he has put together a number of Egyptian teams that now lead excavations in various places in Egypt, but none of these excavations use proper excavation techniques. Take the Valley of the Kings for example – Zahi has been excavating there with his all-Egyptian team for a few years now, adamant on finding a new tomb, so that he can claim he is the new Howard Carter. His excavation techniques are basically digging huge holes everywhere he can, even if this jeopardizes other tombs in the area. This information is from a trusted source – an archaeologist who has been working in the valley for many years. Also if a foreign mission so much as notions that they might have found a new shaft in their concession, Zahi automatically orders they stop work, and illegally takes over this part of the foreign missions excavation. What he is doing in the valley of the kings and elsewhere, is not a promotion of Egyptian archaeologists, but a promotion of himself. None of the archaeologists working with him have ever been able to publish anything in their name – it is forbidden and taboo to do so. Where is the promotion here then?

Zahi regularly falsifies history, again to promote himself and parade his finds all over the news. All his recent findings regarding Tutankamun, Hatshepsut and others have been challenged by many prominent Egyptologsits who have argued that he has no concrete evidence to back his claims. Unfortunately not many are able to publicly challenge him for fear of being banned from the country. Falsifying history, and not being open to questions or criticisms is unacceptable.

It is common practice for him to look down on Egyptians. During Egyptian public holidays, he bans Egyptians from visiting the pyramids and other historic sites, saying they harm Egypt’s antiquities. At the opening of the new Museum gift shop, when asked about the cafeteria and how it was too expensive for the average Egyptian, he said Egyptians can go eat at el-Gahsh (a popular foul place in a low-income neighborhood) – this cafe is for tourists only.

Zahi is arrogant and above criticism. As mentioned before, he harms anyone who dares question him – many Egyptian archaeologists who have criticized his finds, have found themselves transferred to far away places, like Aswan or Nubia. At the same time, foreign archaeologists are also forced to remain silent and offer him favors, or else they too will find their concessions terminated. 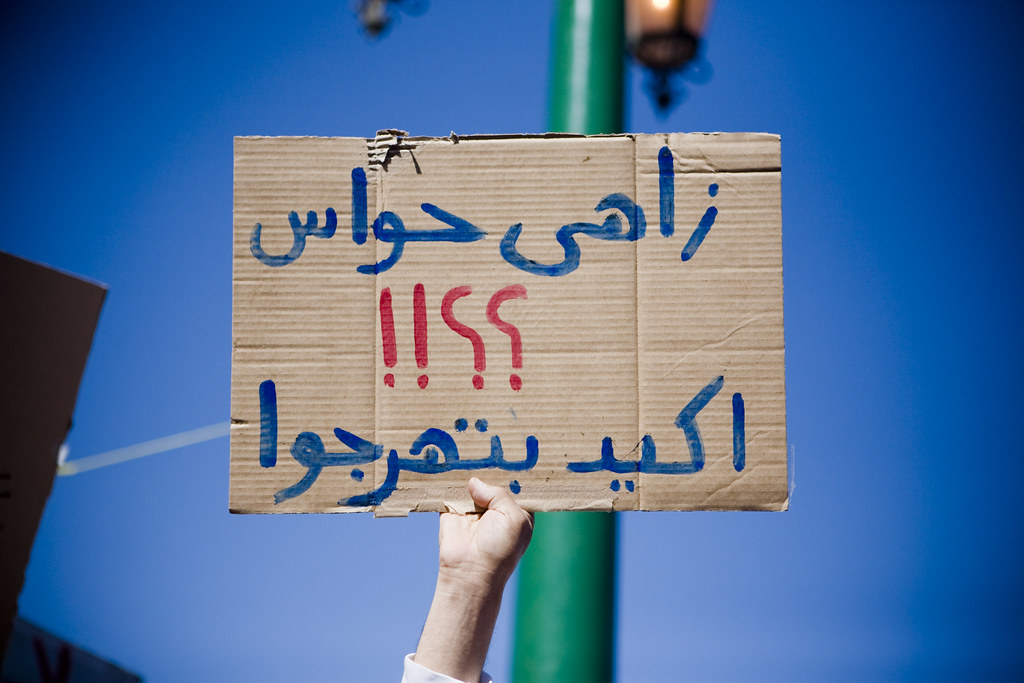 During the revolution, he was a hundred percent pro-Mubarak (as he has always been in bed with the regime), and called the people in Tahrir chaotic, etc. After the revolution he pretended he went to Tahrir everyday, and even ‘met’ with Wael Ghonim. His hypocrisy has no limits – he therefore can not be trusted.

He claims that he has attended to Egypt’s antiquities as head of the SCA – a quick visit to the Cairo museum and pyramids will show that this is not true. Egypt’s antiquities are in a horrible state and this is clear to everyone. His insistence on returning artefacts from abroad, when he cannot even take care of the artefacts here is shameful to say the least.

His obsession with the camera and ‘Indiana Jones’ type shows, really leaves him no time to properly take care of Egypt’s Heritage. It would be more suitable for him to work in the tourism sector. He is a dictator, a corrupt mini-Mubarak, who cares as much about Egyptian antiquities, as Mubarak cared about human rights.

ZAHI HAWASS, YOU MUST GO!