I got a number of emails in these last few days from journalists in US publications who wanted a quote about the new media law, leaked by the Al-Masry Al-Youm, which will tighten the grip of the Mubarak’s dictatorship on the media outlets as well as the cyberspace. The queries were mostly something like: “How will this affect you personally?”

My reply, and you can quote it from this posting instead of me writing it back in separate emails:

Hosni Mubarak’s regime can go fuck itself. The law doesn’t affect me personally, because we do not have a ‘rule of law’ to start with. The executive branch of the state, and namely the security services and the army, as proven again and again, are the ones who are running the show and do not give a damn about the ‘law’ or about whatever international treaties or human rights conventions they signed. So for me nothing changes. Even if we had some ‘progressive law’ introduced, that does NOT mean anything on the ground for us in Egypt. So I will continue to say ‘Fuck Mubarak’ (and in Arabic I’ll say كس أمك يا مبارك) whether the law is enacted or not.. We will not fall into the trap of ‘legalism.’ The blogosphere, or at least those on the radical left of it, will continue to mobilize against the regime and use the same language, and we will not be intimidated. I do not see any way to reform this regime, we will have to overthrow it to get a free media. I repeat, Fuck Mubarak, his royal family and his State Security pigs who are running amok in the country, torturing bloggers, workers, peasants, and anyone who crosses their path or puts them in a bad mood. They are the worst breed of species that have existed on this earth, together with their backers, the hypocrite fucks, in the White House, in 10 Downing St, and in every European capital.
Some people are wishing for the ailing Mubarak to die tomorrow. I don’t wish that at all (though the thought is tempting). I want him to live a little bit longer, because the revolution is coming, and he will be tried and executed in a public square for all the crimes he committed against our people and against the Palestinians. I repeat, Mubarak is a traitor and should be executed in Tahrir Sq, together with his State Security pigs who have enjoyed torturing and sexually abusing us for 27 years now.. Enough is Enough.. Down with Mubarak, Down with his Israeli allies, Down with the hypocrites in the White House… Long Live the struggle of the Egyptian workers, peasants, civil servants and bloggers.. Long Live the Palestinian Intifada…

So that’s my quote.. Go and print it as it is.. But I know you won’t, coz you are a bunch of fucking cowards and the mainstream media is just as complicit in the current crimes just as the Western govts… How many times did AP or the NYT refer to Mubarak and the pro-American dictators as “moderates” and “peacemakers”? Oh, Blessed are the peacemakers indeed. 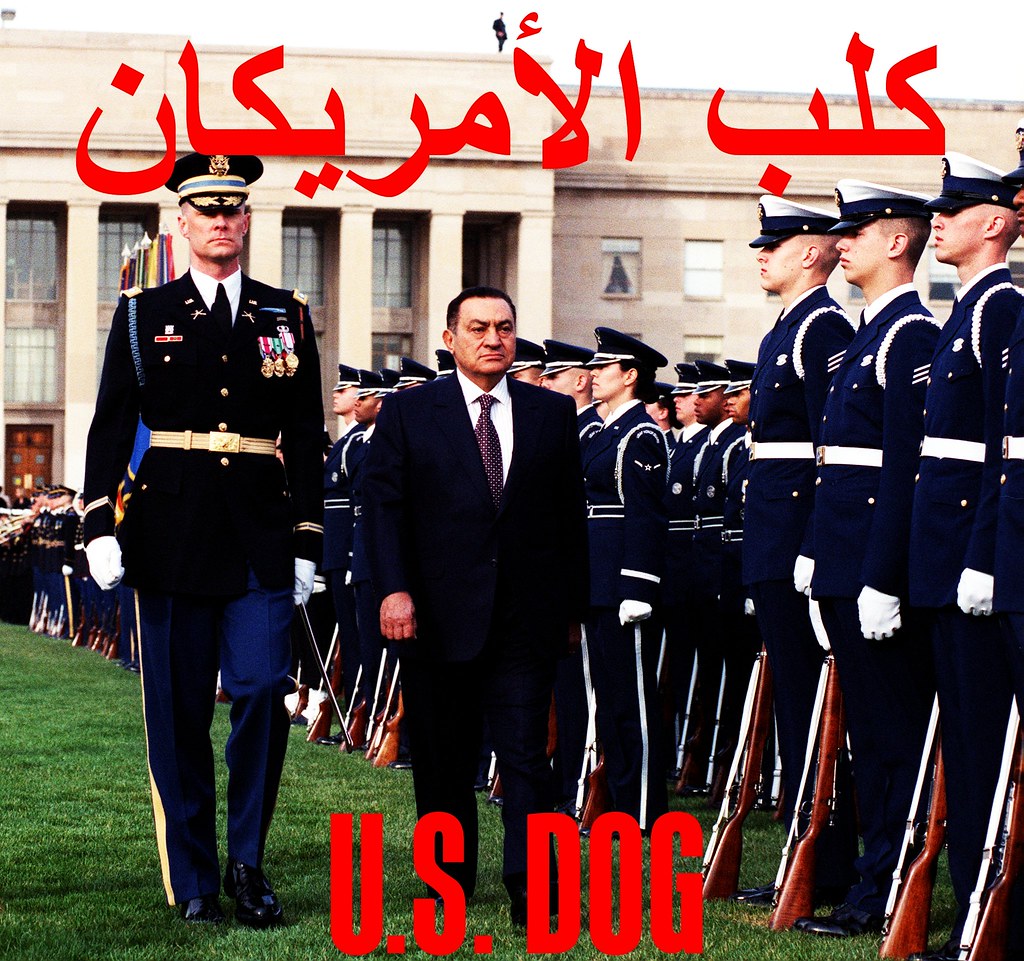