As I’m writing, there are tens of thousands of protesters in Tahrir Square, chanting against Mubarak.

The demonstrators are trying to storm the parliament, only to be met with tear gas and water cannons. There are dozens who are injured. Twitter and Bambuser are blocked by the government. We are using proxies now to Tweet.

The protesters are chanting the same slogans as the Tunisians: الشعب يريد إسقاط الحكومة! The people want to overthrow the govt!

Protesters in Mahalla have taken down Mubarak’s poster in the Shawn Square. The protests in the city haven’t stopped. 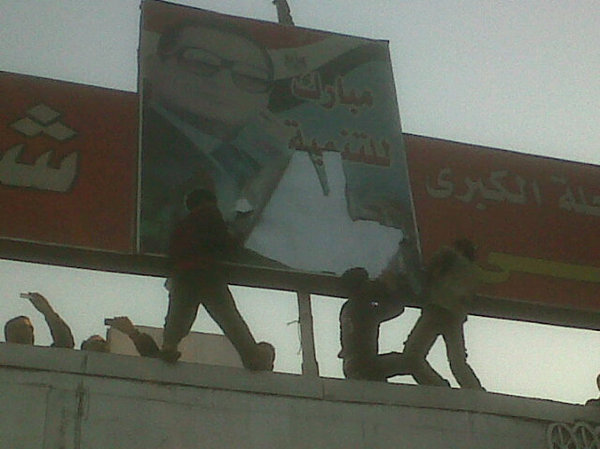 Below is Mubarak’s poster in Alexandria, torn down in front of the NDP’s headquarters in Abu Keer. 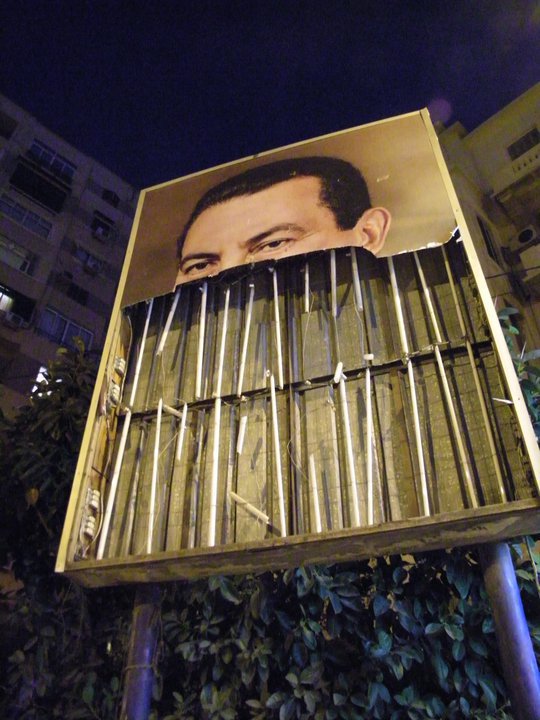