There are ongoing clashes as I’m writing now in front of the Interior Ministry, between the revolution martyrs’ families and the Central Security Forces.

Earlier in the day, Gigi reports:

Families of martyrs from Maspero sit-in were invited to the honorary celebration of martyrs at Ballon theater. After being denied entry to the celebration, clashes between protesters and theater security erupted. The police showed up and started beating family of martyrs supporters shown in this raw video.

And here is another video of the families trying to storm the Balloon Theater in Agouza.

UPDATE: 11pm: The Central Security Forces chased the protesters to Tahrir Square. The square was stormed by the troops, who fired tear gas. UPDATE: 11:07pm: The CSF troops attack on Tahrir was confronted by protesters, who forced the troops back to the AUC area. Some injured protesters are being treated near KFC. UPDATE: 11:38pm: Clashes continue. Tear gas, rubber bullets and birdshots are fired by the police. Electricity has been cut in half of the square. 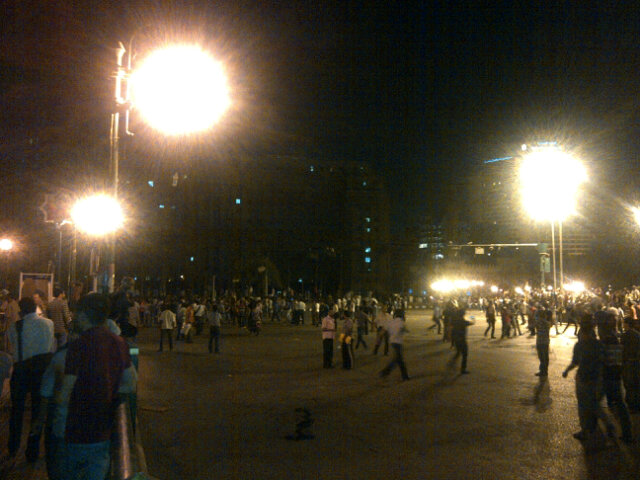