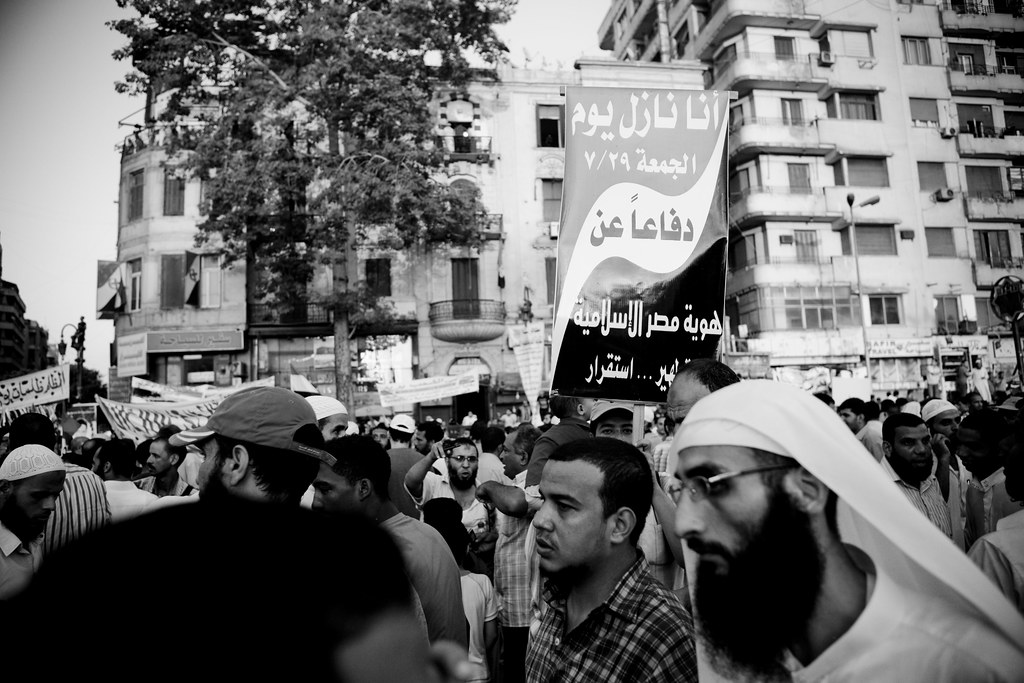 For weeks, the Islamist forces, without exception, have been denouncing the Tahrir sit-in, spreading all sorts of cheap, filthy, sensationalist lies against the largely secular protesters, amid agitation by SCAF also, that already incited Abbassiya residents against marchers on 23 July.

The Islamist forces, whose leaders, also without any exceptions, are in one way or another allied to the SCAF awaiting their shares of the booties in the coming parliamentary elections and constitutional reform, decided to escalate their moves against the Tahrir revolutionaries by announcing roughly two weeks ago they were calling for mass protests in the square, to “assert Egypt’s Islamic identity, denounce supra-constitutional principles, and to demand the application of Islamic sharia.” Such announcement was coupled with an agitation campaign that spoke of “purging Tahrir from the secularists.”

There was tension in the square over the past few days. We didn’t know what to expect on Friday. Some were expecting an “Islamist invasion” of the square, medieval style, with swords and sticks. Others thought it was going to be a peaceful day. 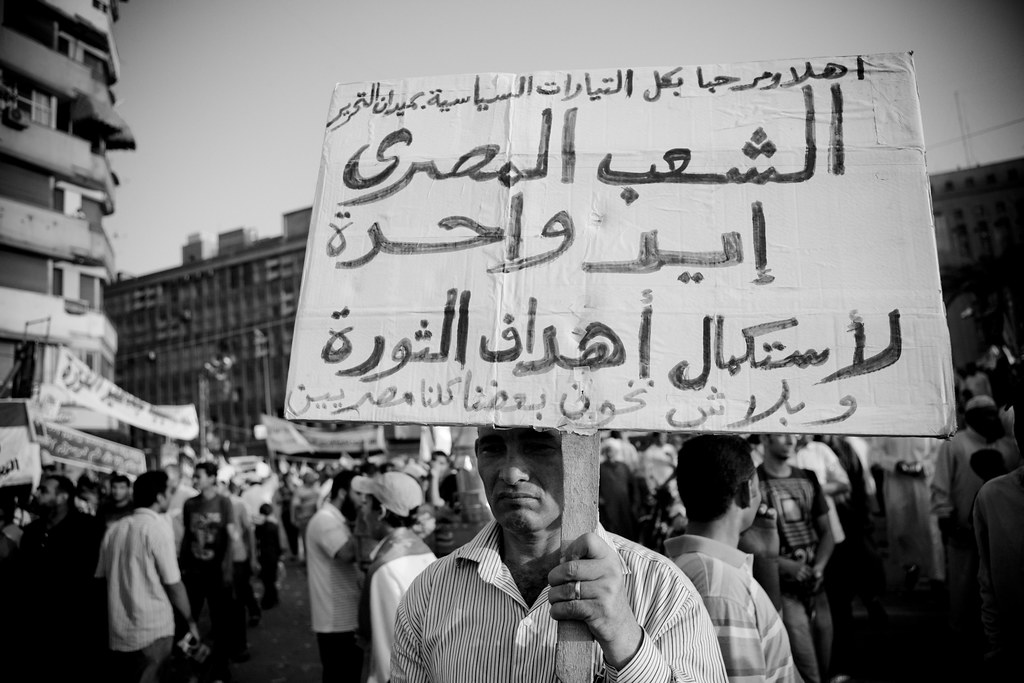 Some, like me, expected troubles, but we were hoping to at least try to polarize the Islamist protesters around different demands that their leaders had put forward. I suggested that Islamists would be welcomed at the gates, while distributing leaflets on the military tribunals, detainees, torture, retribution for the martyrs’ families, and social demands. There were calls by some to try to block the Islamists from entering. This was totally impossible even if you thought it was politically correct. It would have been a massacre.

As the countdown to Friday started, shuttle talks were taking place between protest leaders, representatives from leftist, liberal and secular groups with officials from the Islamist groups including the Gamaa Islamiya, Salafi Nour Party and last but not least, the Muslim Brotherhood. An agreement was announced yesterday whereby the Islamists vowed not to include the application of sharia on the list of their demands and not to attack or provoke any secular protesters. In exchange, the leftist and liberal groups agreed not to engage in the “Elections First” or “Constitution First” debate and promised not to chant against SCAF (liberals in general are not those who meant by the agreement, it was largely the leftists, since the liberals are cowing down everyday to SCAF). A statement was issued, with a list of demands agreed by all parties. 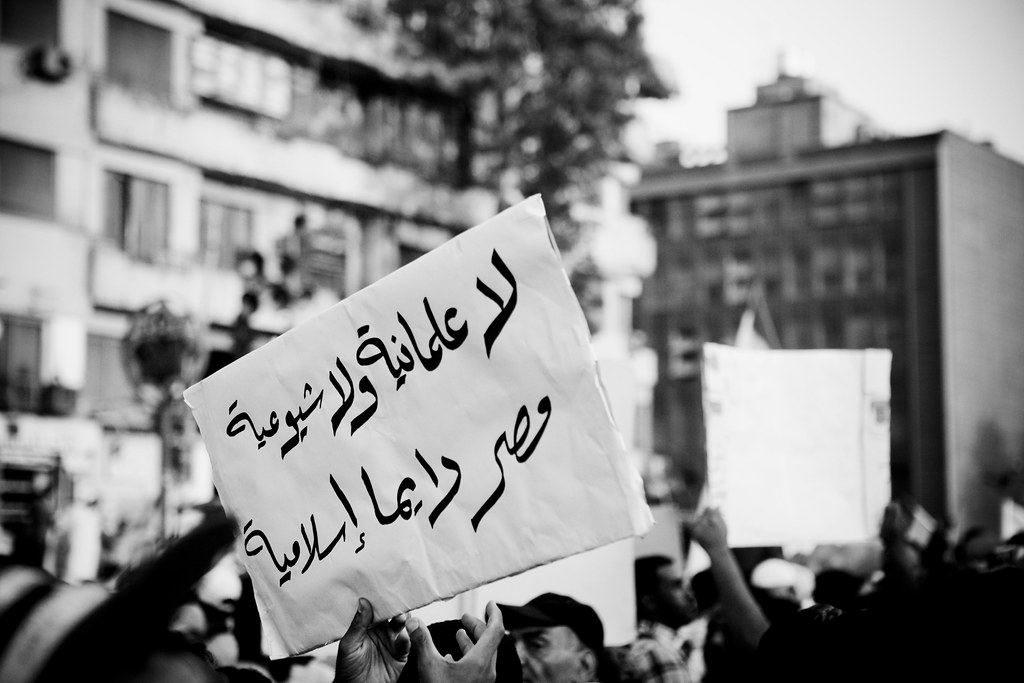 What happened since the night of Thursday was a complete disgrace. The Islamists have broken the agreement. They started showing up on Thursday evening setting up their stages, only to be followed later by sound systems blasting anti-secular, anti-leftist propaganda, calls for the application of sharia and pro-SCAF chants.

To be fair, some young Muslim Brotherhood organizers tried to intervene and control the situation, but they failed. The ones who mainly broke the agreement were the Salafis. Over hours and hours, till Friday 7pm, Tens of thousands of Islamists were chanting for Sharia, the Quran as a constitution, intimidated secular activists and non-veiled women.

Left wing and liberal groups held a press conference in the afternoon announcing they were withdrawing from the activities of the day, denounced the Islamists for breaking the agreement, but asserted they would resume the sit-in. The liberals, freaking out, are crying asking the army to protect the secularism of the state. The army?! The liberals are only repeating the same mistake in the 1990s, when they as well as the Statlinists, threw themselves on the side of Mubarak in his war against the “Islamo-Fascists.” 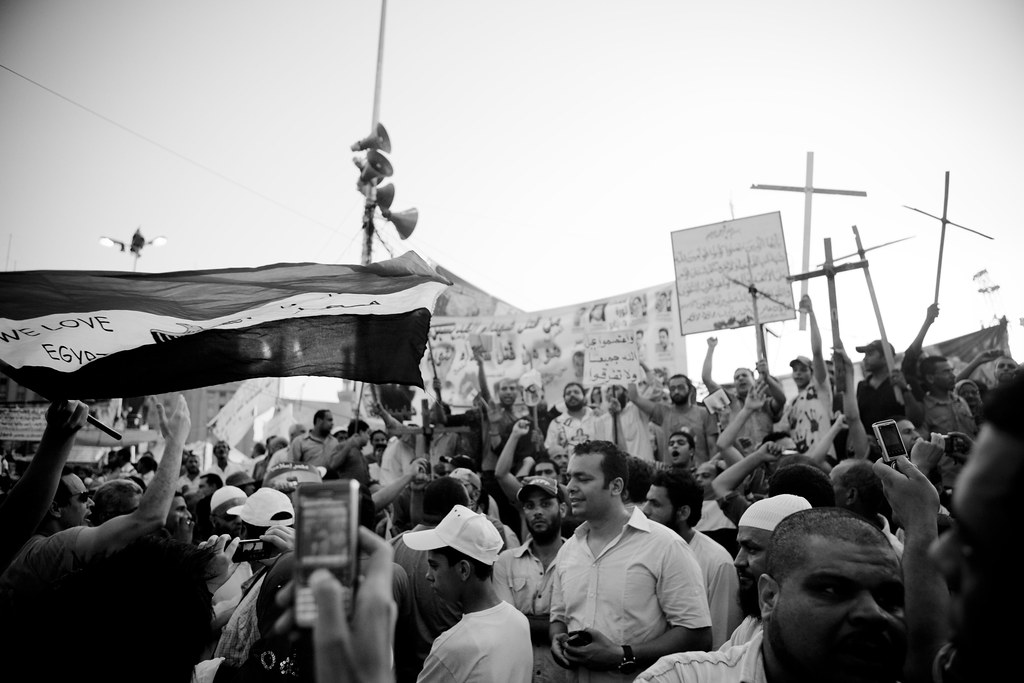 Many secular protesters, especially the women, decided to leave the square, feeling completely uncomfortable with the situation. Others stayed and tried to engage in discussions with the Islamist protesters. There were marches too, and protests, where Muslims and Christians chanted for a secular state and national unity.

By 7pm, most of the Salafis and the Islamists had left the square as planned. Many of the Salafi protesters came from the rural provinces, not from Cairo. Buses awaited them to transport them back home from Abdeen, Talaat Harb Squares and Abdel Moneim Riyadh Squares.

And it was then that the secular forces started reclaiming the square again. Marches started, with strong chants: “Civil (State)! Civil (State)!”, and other chants for social justice and retribution for the martyrs’ families. 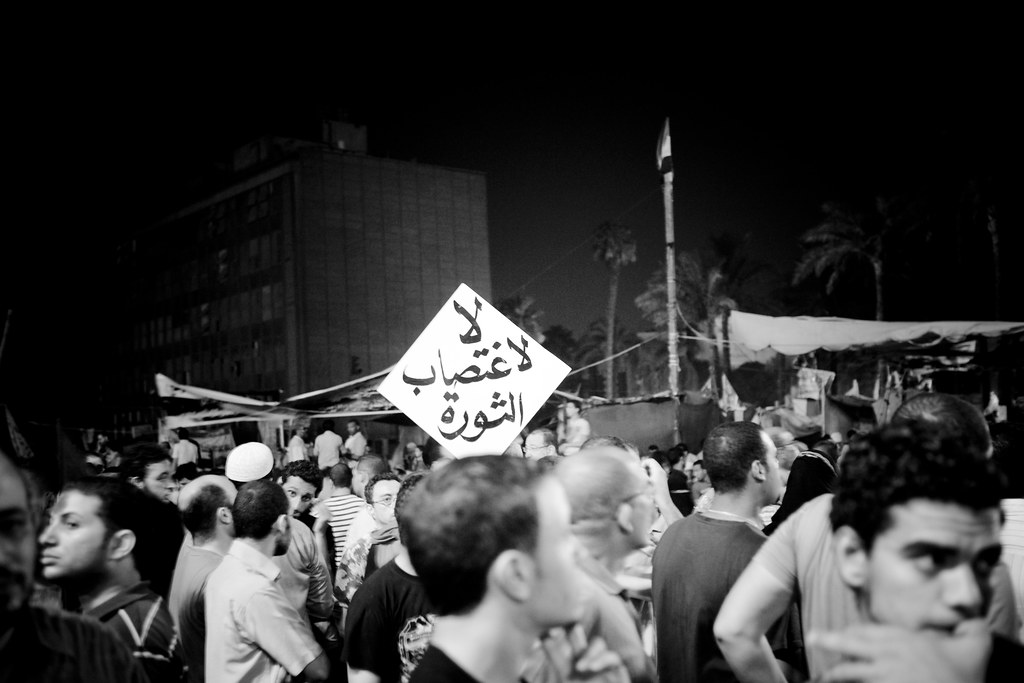 While leaders of the Islamist forces are knee-deep in their opportunism and clientalism to SCAF, I continue to be hopeful that the Islamist youth, those who defied their leaders and took part in the uprising shoulder to shoulder with their leftist and liberal brothers and sisters, would break the ranks and join us.