In the past, the state-backed unions played a central role in controlling and/or mobilizing the working class on behalf of Mubarak. Today, the continue to be the loyal servants of the regime and its new masters, the army junta.

The state-run federation general unions incited against the February 11th general strike calls in the media and workplaces. The picture below I took during the 10 February march on the Ministry of Defense is just one example. 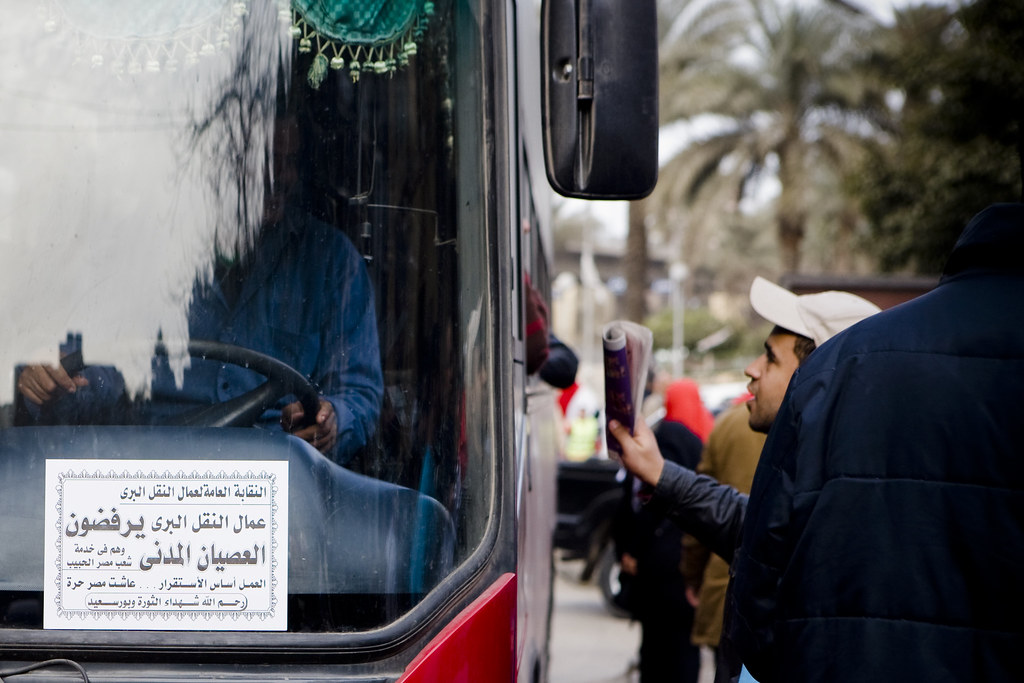 The state-run public transport workers distributed banners and forced drivers on stick them on their buses, denouncing the strike calls. I and other protesters had a chat with the driver above, and he assured us he had nothing to do with this banner and he was coerced by his managers into sticking it on the bus.