Some DC pundits have been repeatedly on satellite TV stations claiming the Egyptian revolution had nothing to do with Israel or the US. Some even go as far as claiming this was “purely an internal affair.”

Those self described “ME experts” tend to neither know a word of Arabic nor visited Tahrir Square during the mass protests. The roots of this Egyptian revolt date back to September 2000, when street activism was revived again following a decade of dirty wary between the regime and the Islamist militants. There is a chain reaction linking those protests which broke out in solidarity with the Palestinian intifada to the current revolt.

Anyways, I’ll let the pictures speak for themselves. 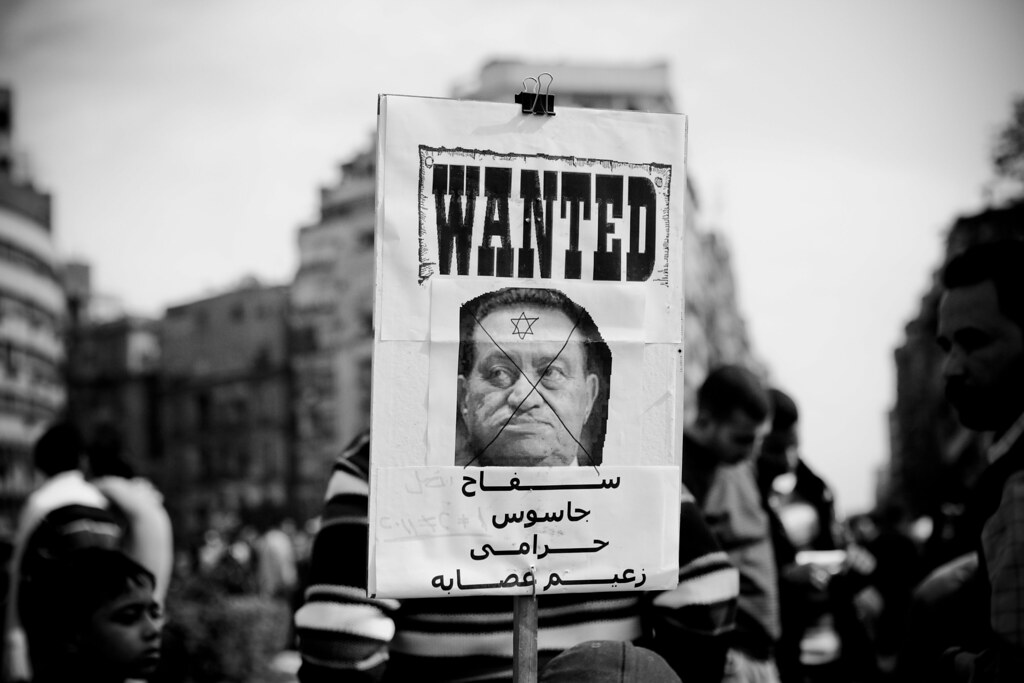