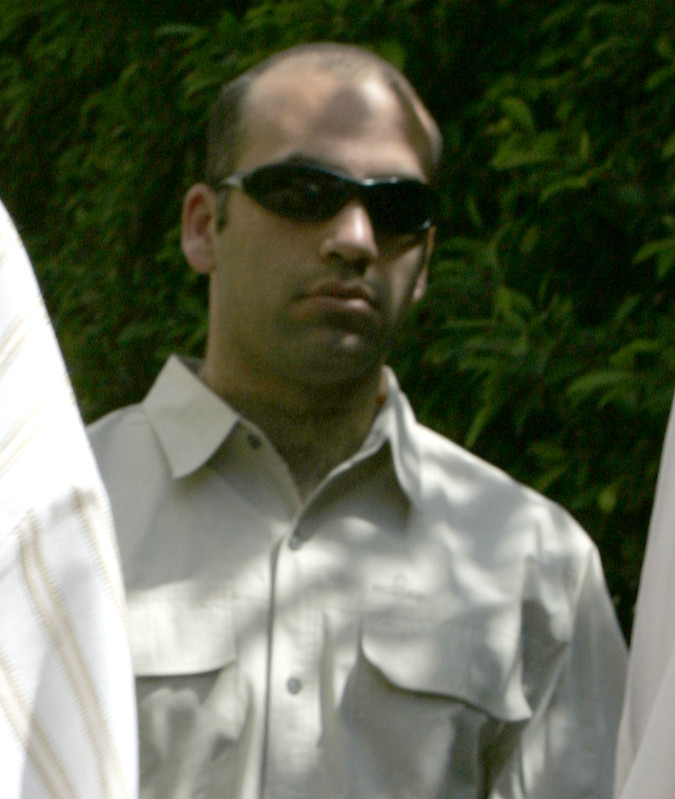 Sherif el-Qamati is a State Security Police officer who worked at the Bureau of Counter-Communism and Human Rights Organizations, which was in charge of monitoring, arresting and torturing leftists and rights activists.

I first spotted Qamati as early as 2003, when he began showing up for our pro-Palestine and anti-Iraq war protests in downtown Cairo, in the company of the infamous torturer SS Lt. Colonel Waleed el-Dessouqi, both seen below in the picture I took in a pro-intifada protest, 28 September 2003. 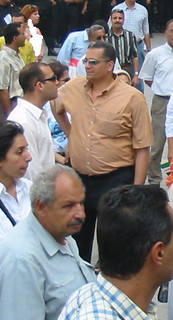 Qamati was one the SS officers involved in the crackdown and trial of Revolutionary Socialist activists in 2003-4. He ritualistically attended our protests in downtown Cairo over the following years, monitoring activists with his cold dead eyes which always reminded me of Putin somehow.

During the Cairo Spring, when thousands of Egyptians took to the streets of Cairo in solidarity with reformist judges, Qamati was present in the protests and took part in the crackdown. On 25 May 2006, Qamati, with the help of the police force of Qasr el-Nil Station, kidnapped and sodomized left wing blogger Muhammad el-Sharqawi in custody. He was never held accountable despite repeated calls by local and internaitonal rights watchdogs. 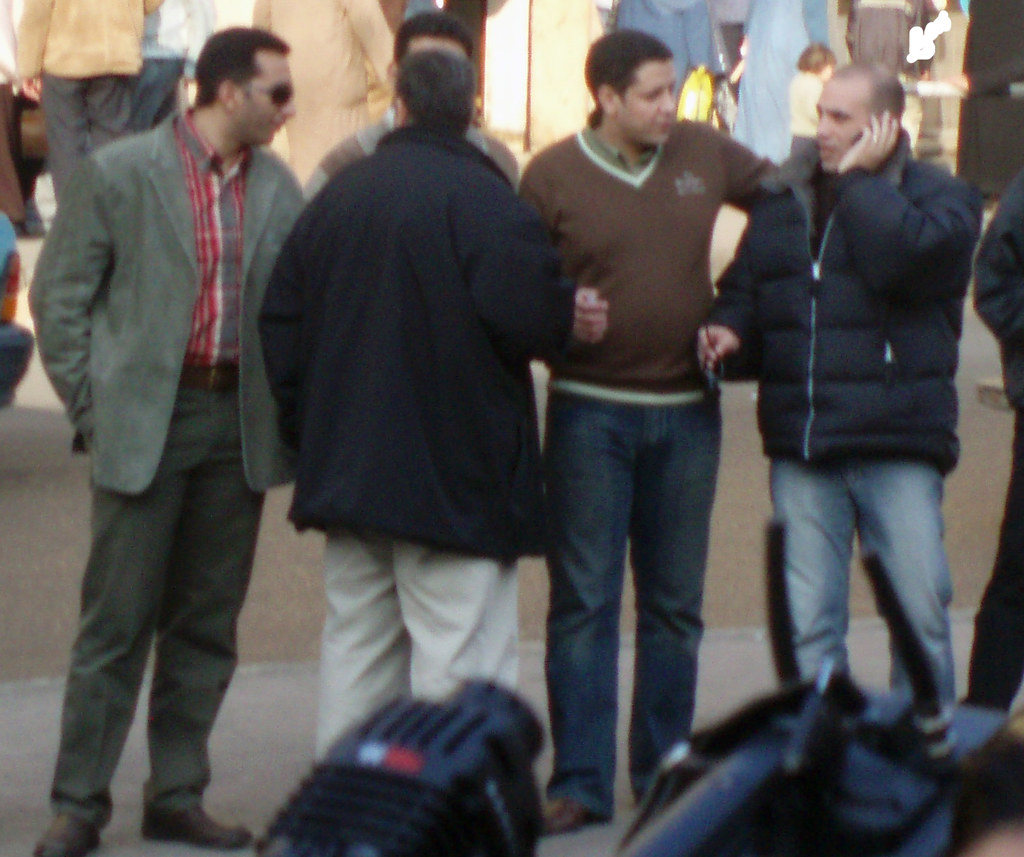 Qamati continued to show up for our protests in 2007, but could hardly be noticed in the following years. Other than demonstrations, I also saw him in January 2007 working out in the FDA Gym at Zamalek’s Yamama Center. As of 2008, Qamati held the rank of Major, according to one of his relatives’ obituary published in Al-Ahram. 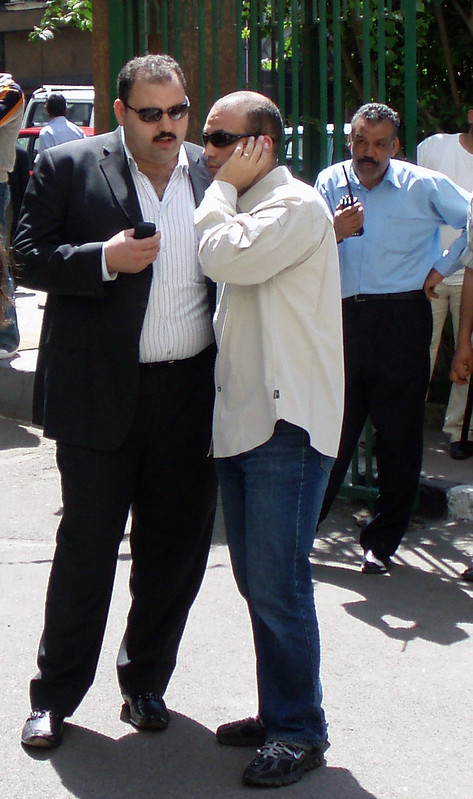 So where is this rapist today? Whatever happened to him? Is he part of the National Security Sector? Has he been recycled in some other police department, forced to retire, or what? Qamati must face justice and pay for his crimes.