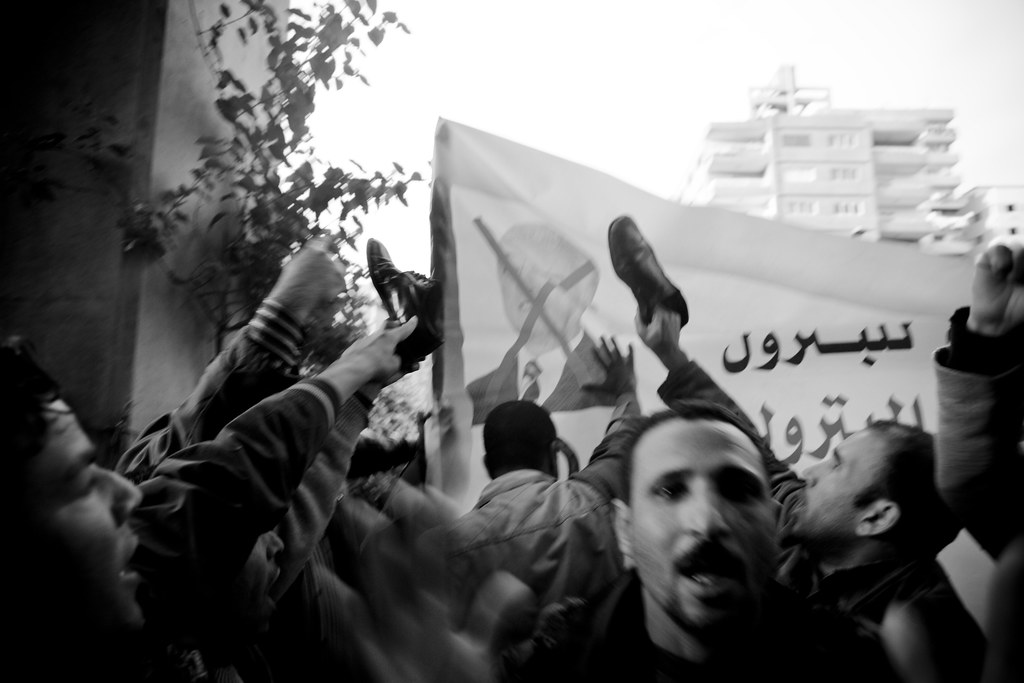 Thousands of workers from several oil and gas companies are on strike, protesting in front of the Ministry of Petroleum, in Nasr City. The workers had several economic and political demands that include a halt to abusive management practices in terms of sackings, the reinstatement of the sacked workers, raising salaries that roughly average on LE400, establishing an independent union, impeaching the corrupt minister Sameh Fahmy, and stopping gas exports to Israel.