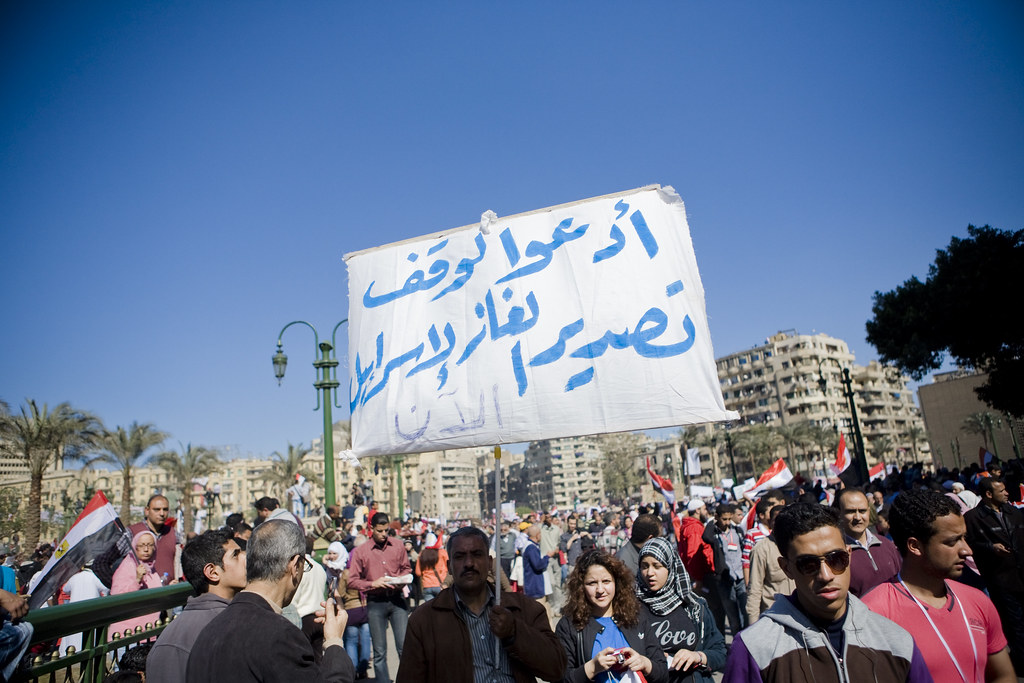 The military junta and Essam Sharaf‘s cabinet are continuing forward with Mubarak’s foreign policy, despite all sorts of “change” rhetoric. The Egyptian people have made it clear in Tahrir and elsewhere (and all throughout our protests and campaigns these past years) that gas supplies to the apartheid state of Israel must stop completely. The gas trade deal with Israel has not only been the target of the wrath of Egyptians, but has become also a subject almost featuring daily now in the local press, with more details coming out about the extent of corruption and bribery in that deal which involved a wide array of regime officials from the Mukhabarat to the Oil Ministry and Mubarak’s own family and circle of friends.

Still, the best thing the govt can come out with is “renegotiating the prices.” Well, if the government isn’t going to stop the gas supplies, then the people will do it. For the third time in 6 months, the pipelines have come under attack by the Sinai Bedouins, which caused temporary disruptions to the supplies heading to Israel and Jordan. The regime propagandists have been trying to depict the operation as the work of Hamas or “professional terrorists” in similar manner to what they used to do under Mubarak. So much for change. Hamas is hardly implicated in any operations outside Palestine (I know when an American sneezes, the US media is usually quick to assume it’s a Hamas-Hezbollah-Al-Qaeda operation, but I’m afraid it’s not true). And knowing what sort of compromising leaders Hamas has, they’ll be seeking warm relations with the SCAF. And we forget that the Sinai Bedouins despite the defamation campaigns against them are just as anti-Zionist as many of their fellow Egyptians are. The Bedouins have repeatedly called on the authorities, before and after the revolution, to open the Rafah crossing and stop the gas supplies. There were even news circulating during the uprising, which I did not report coz I couldn’t confirm, that the Bedouins were threatening to target US warships passing through the Suez Canal if Obama didn’t drop his support for Mubarak.

The attacks on the pipelines will continue, till the govt yields to the people’s demand of severing all sorts of economic and diplomatic ties with the Zionist state.

The relations vis a vis the Arab Gulf dictatorships are even more worrying. The money flooding in to Sharaf’s cabinet from those corrupt monarchs aim at nothing but “keep[ing] Egypt in their orbit.” And as I’m reading today’s newspapers, I’m sickened to find Sharaf “praising the wisdom of the Bahraini king” on his visit to Manama, and asserting that the Bahraini “national security” is organically linked to Egypt’s. In other words, our revolutionary prime minister stands hand in hand with the Bahraini tyrant, whose hands are soaked with his people’s blood–his people who’ve been defamed by the media (and Sheikh Qaradawi) as some sectarian Shiites whose loyalty went to Iran. 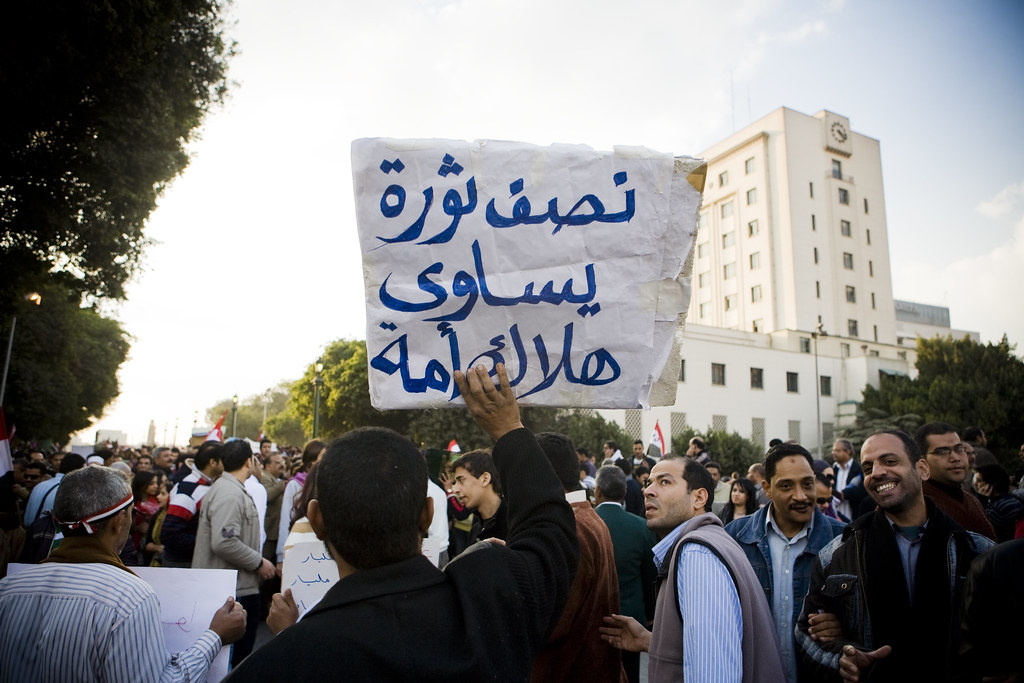 A revolutionary Egypt must have a revolutionary foreign policy, that seeks actively to export Tahrir and support the fight for freedom in the region and the world. We will not be able to build a democratic Egypt, while we are still surrounded by an ocean of Arab dictatorships, an apartheid regime and US military bases. What is regional is local and what’s local is regional.